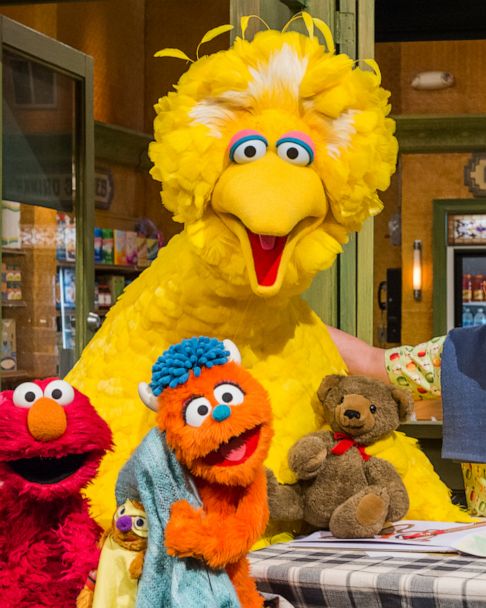 After all, an 8-foot, 2-inch yellow bird is sort of hard to miss. But, lucky for all of us, Ted Cruz is on the case! See, after Big Bird, beloved face of “Sesame Street,” tweeted — ahem — that he had received the Covid-19 vaccine (“My wing is feeling a little sore, but it’ll give my body an extra protective boost that keeps me and others healthy,” wrote Mr. Bird), the Texas Republican senator lept into action. “Government propaganda…for your 5 year old!,” Cruz tweeted.
See, Big Bird is part of a conspiracy to get your 5- to 11-year-olds vaccinated against Covid-19! That damn yellow bird wants your kids to get a vaccine that will not only protect them from a virus that has killed more than 750,000 Americans but also keep them from unintentionally spreading it to parents and grandparents who may well be more susceptible to more serious infections even if they are vaccinated.
Before you tell me that kids don’t really get sick from Covid-19, do your research.
According to the Peterson-Kaiser Family Foundation Health System Tracker, Covid-19 was the 6th leading cause of death among kids aged 5 to 14 in September. Same was true in August.) This is, in a word, dumb. The idea that Big Bird is some sort of Deep State propagandist is roughly as credible as the notion that Ted Cruz is the Zodiac Killer. Or that Ted Cruz’s father was involved in the assassination of John F. Kennedy.
Taking on Big Bird — I can’t believe I just wrote that — is pure virtue-signaling by Cruz. Rather than take Big Bird’s tweet on vaccination at face value — it was done in conjunction with a CNN Saturday morning townhall dedicated to answering parents’ (and kids’) questions about the vaccine — Cruz decided that it offered him an opportunity to score points with the Trumpist wing of the party that he desperately needs for his future national ambitions.