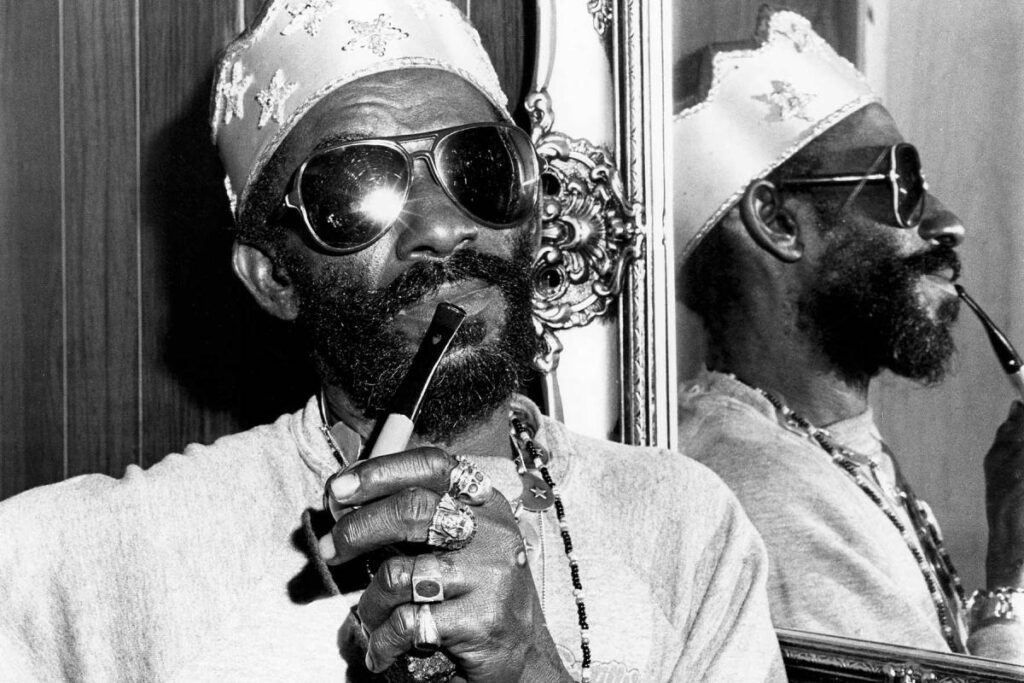 If you’ve felt a drum hit that seemed at once to echo into the cosmos and mash up your innards, found yourself floating in zero-gravity in the middle of a concrete dance floor, or had a tune impart the uncanny sense of being both abducted by aliens and drowning in a swamp, Lee “Scratch” Perry’s sonic DNA is close by. The giant of Jamaican music, who died over the weekend at the age of 85 is well known as the catalyst for Bob Marley and the Wailers, transforming them in the early 1970s from one of the island’s sweetest harmonizing groups into a worldwide force. But Perry also showed all manner of rockers, rappers and punks alike that our accepted notions of music and meter were tediously rational and wholly drained of magic. And in his later years, he adopted the mantle of an outsider artist, infiltrating and upending the stuffiness of the art world as well.

“Being a madman is good thing!” Perry told Rolling Stone reporter in 2010. “It keeps people away. When they think you are crazy, they don’t come around and take your energy, making you weak.” Under the guise of the court jester, Perry infiltrated Western music, earning that nickname of “the Upsetter” as he set profound messages to enticing grooves. As a forefather of dub reggae, he upended just what a song could contain, what elements it needed to be successful in the dancehall. Other musicians understood Perry’s vision and gravitated toward him, with the likes of the Rolling Stones, the Clash, Kanye West, Madlib, Robert Palmer, Sublime, Carl Craig, the Beastie Boys, Basic Channel and more — either in-person, in spirit, or via sampler — carrying his sound forward.