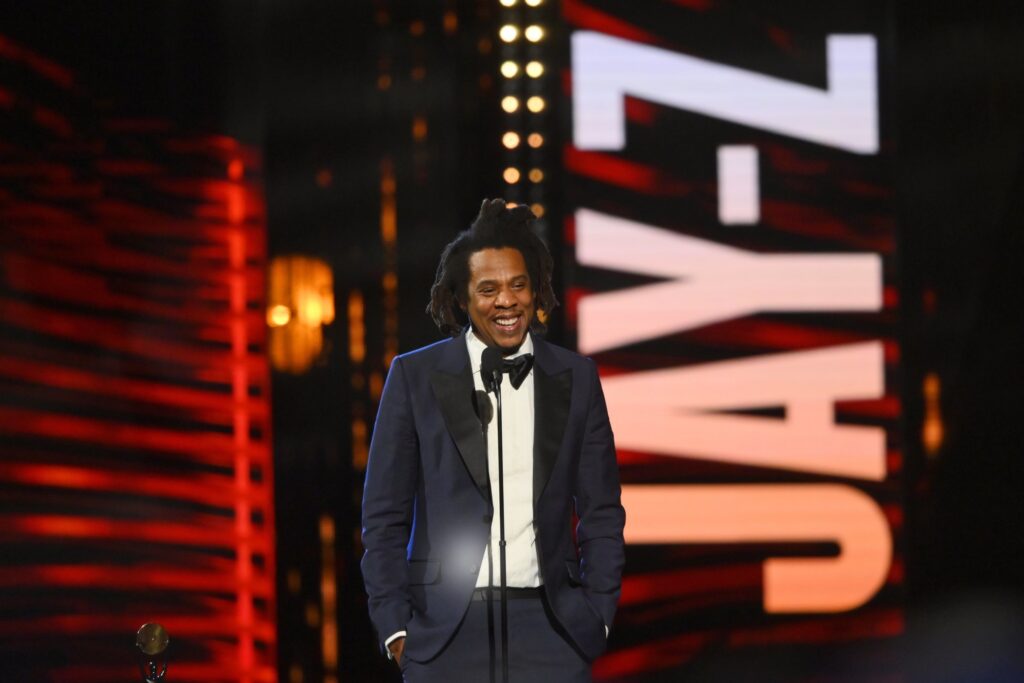 The self-proclaimed “greatest rapper alive” was inducted Saturday night as part of an eclectic 2021 Roc & Roll Hall of Fame class. that included Foo FIghters. Carole King, Tina Turner, The Go-Gos and Todd Rundgren. Once a drug dealer on the tough streets of Brooklyn, New York, Jay-Z rose through the rap world with hard, straight-forward songs that often portrayed the struggles of Black people in America.

His catalogue includes songs like “Hard Knock Life,” “99 Problems” and “Empire State of Mind” as well as 14 No. 1 albums.

Following a video introduction that included President Barack Obama, Lebron James and David Letterman, Jay-Z was inducted by comedian Dave Chappelle, who praised him for being an inspiration. “He rhymed a recipe for survival,” Chappelle said. “He embodies what the potential of our lives can be and what success can be.”

Paul McCartney welcomed Foo Fighters, who have carried the mantle as one of rock’s top arena acts. Initially, the band was little more than a side project for front man Dave Grohl, who was previously inducted as Nirvana’s drummer.

Foo Fighters and McCartney closed the show with the Beatles’ “Get Back.”

“I can’t remember a time when I didn’t know Carole King’s music,” Swift said, saying her parents taught her several important lessons as a child with one of the most important being “that Carole King is the greatest songwriter of all time.”