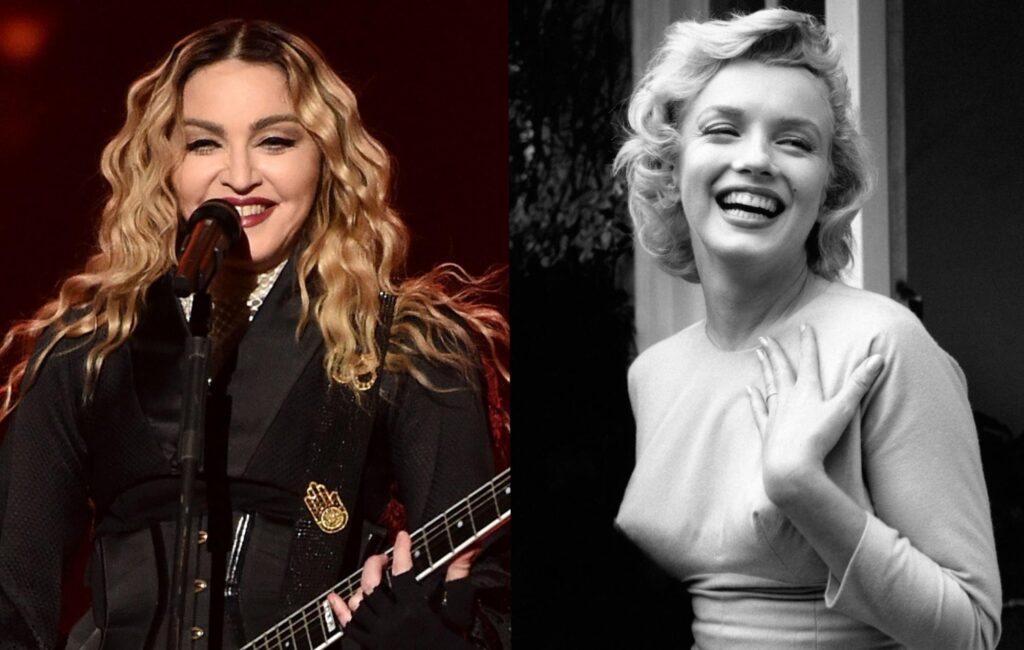 Madonna as been called out for posing in photos in which she alludes to Marilyn Monroe’s death and her final photo shoot. The pop star is seen posing in similar positions to Monroe’s last shoot, Bert Stern’s The Last Sitting (1962), which was completed six weeks before the star’s death. In new photos for V Magazine  Madonna wears blonde ringlets in the style on Monroe and lies on a hotel bed next to prescription pills.

Monroe died at the age of 36 from a prescription pill overdose. She was found dead in her bedroom the following morning on August 4, 1962.Now, people have criticized Madonna and the magazine for running a shoot that touches on Monroe’s fate. One person wrote on Twitter: “For some morbid and eerie reason, Madonna decides to re-create Marilyn Monroe’s death bed. The black and white photo is actually Marilyn Monroe’s bedroom where she died.”

Someone else responded on Twitter to the shoot: “This isn’t cool. Glamorising suicide is the only takeaway once the shock factor wears off.”

But others weren’t so offended. “Madonna will always be an icon just like Marilyn. I’m here for it,” wrote one, while another said: “Difference is great. Her style is Boudoir. Each to their own. She empowered women in the 1980s like none other could. Don’t ever forget that. I love her difference.”

Photographer Klein has claimed that the shoot was less about Monroe herself and more about her natural knack to emote to camera, which is what he was trying to capture. “We were not interested in recreating the images exactly but more importantly, we wanted to explore the relationship between photographer and subject. Both the friendship and the artistic process, and how art can imitate life and vice versa,” Klein said via a press release.