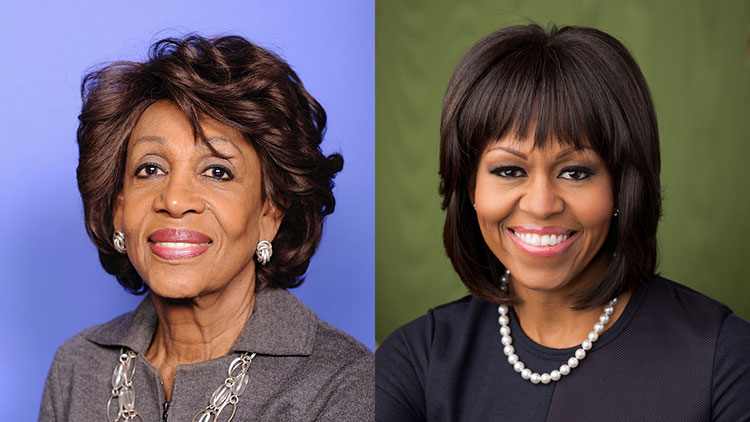 The San Bernardino County District Attorney’s Office has become embroiled in a scandal that is symptomatic of the political problems facing this country. Over the weekend it was revealed that Michael Selyem, a gang prosecutor, made hateful comments about former first lady Michelle Obama and Rep. Maxine Waters.

“Being a loud-mouthed c#nt in the ghetto you would think someone would have shot this bitch by now …” said Selyem, in a post referring to Waters.

He also posted a picture of Michelle Obama holding an altered sign that read “Trump touched my penis.”

Waters has engaged in a verbal battle with President Donald Trump. She said she is determined to see him impeached. Trump has responded by referring to Waters as “a low-IQ individual.”

Waters has also come under fire from her own party for saying that Trump administration officials should be confronted in public for working with a president she sees as a criminal. But Waters was backed by the Congressional Black Caucus and a Twitter hashtag #standwithmaxine, created by the National Coalition on Black Civic Participation (NCBCP)/ Black Women’s Roundtable (BWR.)

However, pushback against Trump administration officials is already happening. White House staffers Press Secretary Sarah Huckabee Sanders and Senior Advisor Stephen Miller have both been confronted in public. Sanders was asked to leave the Red Hen restaurant in Virginia. Miller was cursed at by a Washington, D.C. bartender while picking up an order of sushi.)

However, Selyem’s comments about Michelle Obama are curious. The Obama family has been out of the White House for two years. But when President Barack Obama was head of the government, there was a lot of hate directed at him and his wife from right-wing sources. One of the slurs claimed Michelle Obama was born a man and transitioned to a woman. (Selyem is a Trump supporter.)

But there’s another problem with Selyem’s comments. Apart from being unprofessional, they may also call into question his objectivity in the courtroom. Selyem is a gang prosecutor and he mainly went after Latino gangs. But his social media posts show him making racist comments. One of his posts read “Mexican word of the day: Hide.”

“Selyem’s public comments are hateful and could be interpreted as a call to violence against Congressmember Waters. Law enforcement personnel and officers of the court system should not incite violence,” said Ali. “How can a public prosecutor, who publicly espouses such views be trusted to impartially administer justice.”

Terrence Stone, a gang intervention expert who works in San Bernardino, said that these kinds of comments make it difficult for young people to trust the legal system.

“I’m appalled and it’s disgusting,” he said. “These are people who are in charge of giving us a fair trial.”

According to a spokesperson for the San Bernardino County DA’s office, Selyem’s comments have been under investigation since late June. And he has been placed on leave until the investigation is finished.

Los Angeles Urban Policy Roundtable President Earl Ofari Hutchinson takes the matter even more seriously. He called for Selyem to be charged with a federal crime.

“In this volatile climate such a threat poses a grave danger to Waters. The shooting of an Arizona congresswoman and the recent physical confrontations with government officials in public places underscore that grave threat,” said Hutchinson. “The law is clear on public threats to federal officials, it is a crime. The U.S. attorney must take action against Selyem for his violation of federal law in calling for the attack on Waters.”