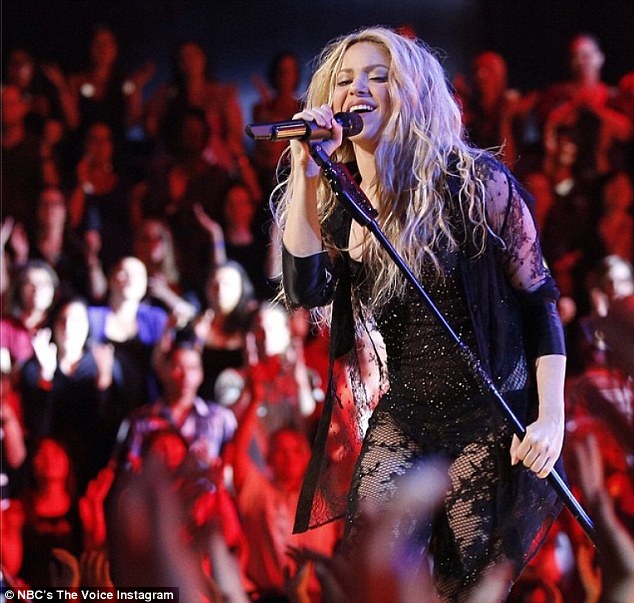 In each episode Holly H, and her co-host Gi, delve into the wonderful world of weirdness with a special guest, getting to know their inner weirdo. In the first series, listeners can hear from Shakira, Tom Daley, Benny Blanco and more, with guests revealing some of the weirdest scenarios they’ve found themselves in. Episodes are released every Friday. In the first episode, Holly H is joined by Grammy Award winner Shakira. Throughout the conversation, the pair discuss topics such as Shakira’s new single, how she wasn’t allowed in her school choir, weird habits and odd things in her house including a rabbit that thinks he’s a dog.

On Shakira’s new single “Don’t Wait Up”
“For don’t wait up, we actually had the opportunity to work on the song with two amazing people Ian Kirkpatrick and Emily Warren. And it was just pure chemistry between the three of us and we just started writing this song. And by the end of the first day we had the song and I was just like over the Moon, because it’s the kind of song that I’ve been wanting to make for a while. I wanted to make a song that was electronic but with the nineties vintage sort of vibe.”

On Shakira’s voice growing up
“Well, I don’t know why people like my voice, really. I mean, I just have the best and most amazing fans, but they’re so patient and supportive and loyal and they’ve accepted me as I am. But when I was growing up, I struggled at some points because I wanted to be a part of my school choir and the music teacher was against it. He was like, No, no, no, you can’t be a part of a school choir because your voice is too strong. Your vibrato is too pronounced. And I was like, Oh. “And my friends used to make fun of my voice, and they used to say that I sang like a goat.

“Thank God my dad was like, don’t ever lose your vibrato because that’s the best you have. That’s the best quality of your voice. Don’t have a voice without a right. It’s not a voice. He was very supportive, and I think that’s what made me kind of embrace it” “I was lucky that my parents were very supportive and I had a very close relationship with them. So whenever I felt insecure, there were my go to people, you know, like, I always shared those insecurities with them. I think that helped me a lot because otherwise I would have probably believed my friends”

On her weird things in Shakira’s house “For starters, I have a bunny living with a dog in perfect harmony, perfect brotherhood. And they’re the sweetest thing because my bunny is like a dog. So you call him and he comes to you. Like, I’m like Toby Toby. And he comes, and he licks my face and he gives me kisses. He’s like a dog reincarnated as a bunny. He’s pretty weird in a great way and he gets along with my little poodle. “At the beginning, I thought it was never going to happen because my dog was chasing him, he was a puppy, so he was chasing the bunny. And I was so stressed out the whole time because I wanted peace and harmony in my house. I finally got it.”