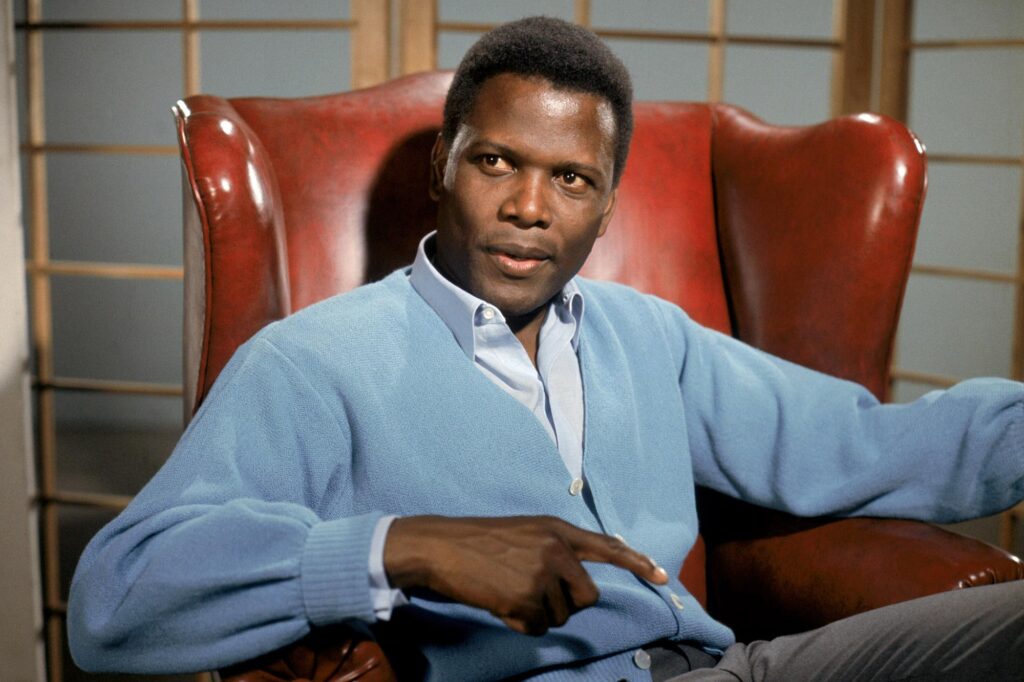 Sidney Poitier, who died Jan. 6, was Hollywood royalty, and at the 2014 Academy Awards, he was walking toward me with his date for the evening, his daughter Sydney Tamiia Poitier, her hand clasped in his.

Sidney Poitier, the groundbreaking actor and enduring inspiration who transformed how Black people were portrayed on screen, and became the first Black actor to win an Academy Award for best lead performance and the first to be a top box-office draw, has died. He was 94.

Poitier, winner of the best actor Oscar in 1964 for “Lilies of the Field,” died Thursday at his home in Los Angeles, according to Latrae Rahming, the director of communications for the Prime Minister of Bahamas. His close friend and great contemporary Harry Belafonte issued a statement Friday, remembering their extraordinary times together.

“For over 80 years, Sidney and I laughed, cried and made as much mischief as we could,” he wrote. “He was truly my brother and partner in trying to make this world a little better. He certainly made mine a whole lot better.”

Few movie stars, Black or white, had such an influence both on and off the screen. Before Poitier, the son of Bahamian tomato farmers, no Black actor had a sustained career as a lead performer or could get a film produced based on his own star power. Before Poitier, few Black actors were permitted a break from the stereotypes of bug-eyed servants and grinning entertainers. Before Poitier, Hollywood filmmakers rarely even attempted to tell a Black person’s story.

Messages honoring and mourning Poitier flooded social media, with Oscar winner Morgan Freeman calling him “my inspiration, my guiding light, my friend” and Oprah Winfrey praising him as a “Friend. Brother. Confidant. Wisdom teacher.” Former President Barack Obama cited his achievements and how he revealed “the power of movies to bring us closer together.”

Poitier’s rise mirrored profound changes in the country in the 1950s and 1960s. As racial attitudes evolved during the civil rights era and segregation laws were challenged and fell, Poitier was the performer to whom a cautious industry turned for stories of progress.

He was the escaped Black convict who befriends a racist white prisoner (Tony Curtis) in “The Defiant Ones.” He was the courtly office worker who falls in love with a blind white girl in “A Patch of Blue.” He was the handyman in “Lilies of the Field” who builds a church for a group of nuns. In one of the great roles of the stage and screen, he was the ambitious young father whose dreams clashed with those of other family members in Lorraine Hansberry’s “A Raisin in the Sun.”

Debates about diversity in Hollywood inevitably turn to the story of Poitier. With his handsome, flawless face; intense stare and disciplined style, he was for years not just the most popular Black movie star, but the only one.

“I made films when the only other Black on the lot was the shoeshine boy,” he recalled in a 1988 Newsweek interview. “I was kind of the lone guy in town.”

Poitier peaked in 1967 with three of the year’s most notable movies: “To Sir, With Love,” in which he starred as a school teacher who wins over his unruly students at a London secondary school; “In the Heat of the Night,” as the determined police detective Virgil Tibbs; and in “Guess Who’s Coming to Dinner,” as the prominent doctor who wishes to marry a young white woman he only recently met, her parents played by Spencer Tracy and Katharine Hepburn in their final film together.

Theater owners named Poitier the No. 1 star of 1967, the first time a Black actor topped the list. In 2009 President Barack Obama, whose own steady bearing was sometimes compared to Poitier’s, awarded him the Presidential Medal of Freedom, saying that the actor “not only entertained but enlightened… revealing the power of the silver screen to bring us closer together.” 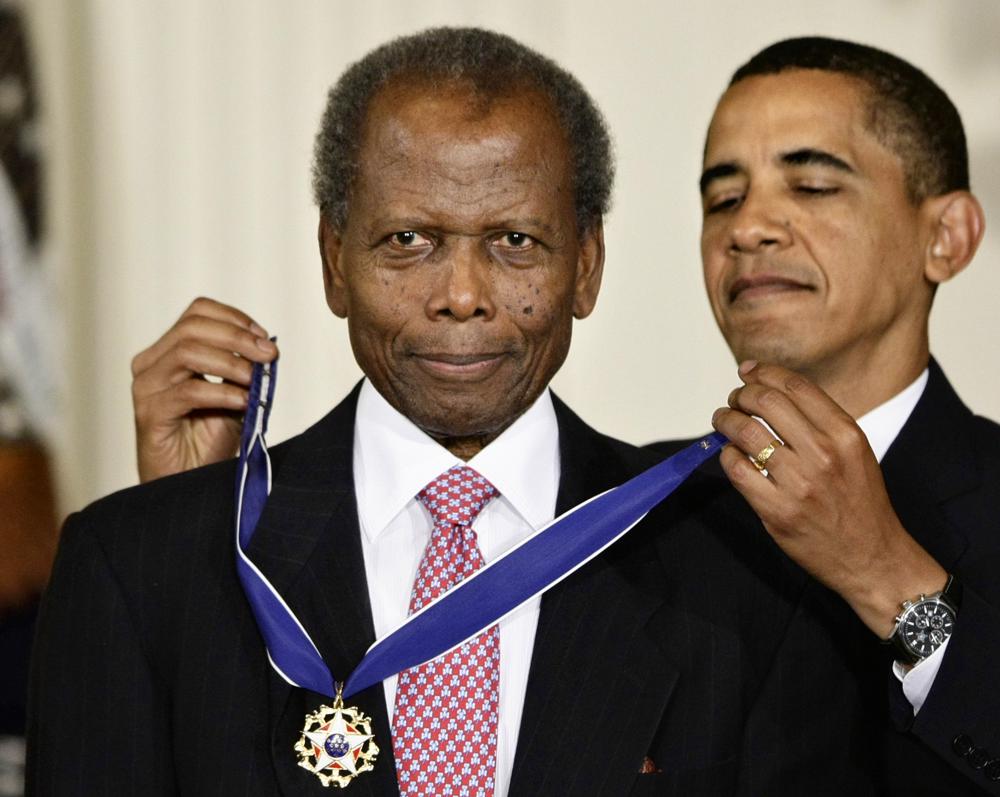 His appeal brought him burdens not unlike such other historical figures as Jackie Robinson and the Rev. Martin Luther King Jr. He was subjected to bigotry from whites and accusations of compromise from the Black community. Poitier was held, and held himself, to standards well above his white peers. He refused to play cowards and took on characters, especially in “Guess Who’s Coming to Dinner,” of almost divine goodness. He developed a steady, but resolved and occasionally humorous persona crystallized in his most famous line — “They call me Mr. Tibbs!” — from “In the Heat of the Night.”

“All those who see unworthiness when they look at me and are given thereby to denying me value — to you I say, ‘I’m not talking about being as good as you. I hereby declare myself better than you,’” he wrote in his memoir, “The Measure of a Man,” published in 2000.

But even in his prime he was criticized for being out of touch. He was called an Uncle Tom and a “million-dollar shoeshine boy.” In 1967, The New York Times published Black playwright Clifford Mason’s essay, “Why Does White America Love Sidney Poitier So?” Mason dismissed Poitier’s films as “a schizophrenic flight from historical fact” and the actor as a pawn for the “white man’s sense of what’s wrong with the world.”