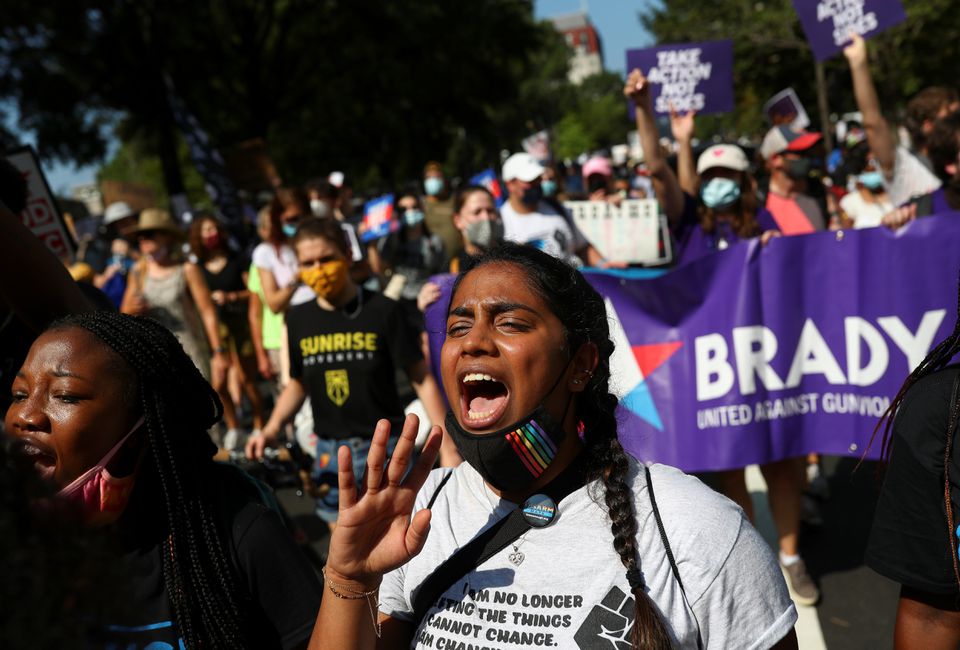 WASHINGTON, Aug 28 (Reuters) – Thousands of protesters rallied in Washington and other U.S. cities on Saturday to demand protections for voting rights, aiming to pressure lawmakers to pass legislation to counter a wave of ballot restrictions in Republican-led states.

Held on the anniversary of Martin Luther King Jr.’s historic 1963 March on Washington, organizers of the “March On For Washington And Voting Rights” stressed that the moves to curb voting access would disproportionately affect people of color.

In Washington, protesters holding “Black Lives Matter” flags and signs calling for federal legislation marched from McPherson Square to the final meeting point at the National Mall, where a series of civil rights leaders delivered remarks not far from where King gave his iconic “I Have a Dream” speech 58 years ago.