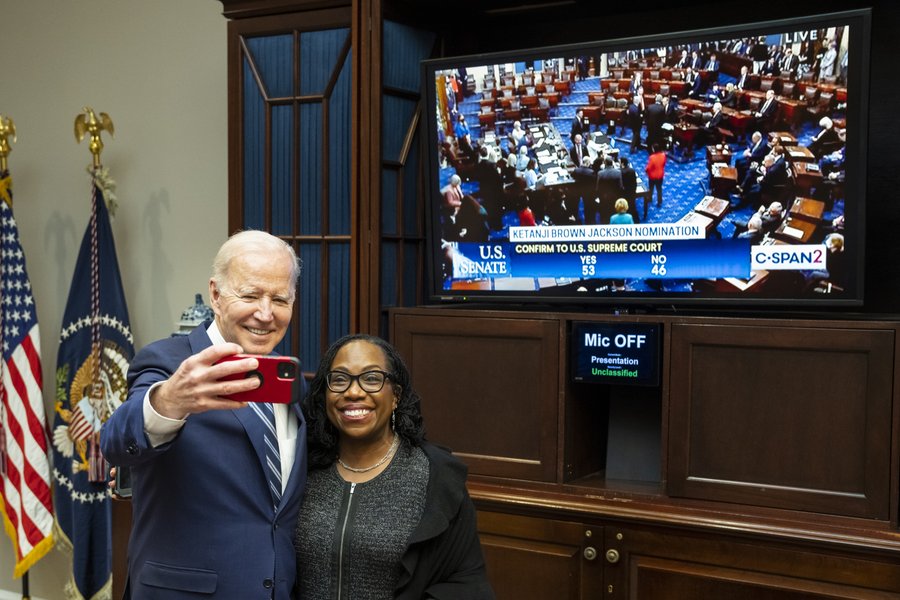 We’ve taken another step toward making our highest court reflect the diversity of America. She will be an incredible Justice, and I was honored to share this moment with her – President Joe Biden

“I was so moved to see Justice Ketanji Brown Jackson confirmed this afternoon. Like so many of you, I can’t help but feel a sense of pride—a sense of joy—to know that this deserving, accomplished Black woman will help chart our nation’s course,” the former first lady wrote in a post on Instagram.