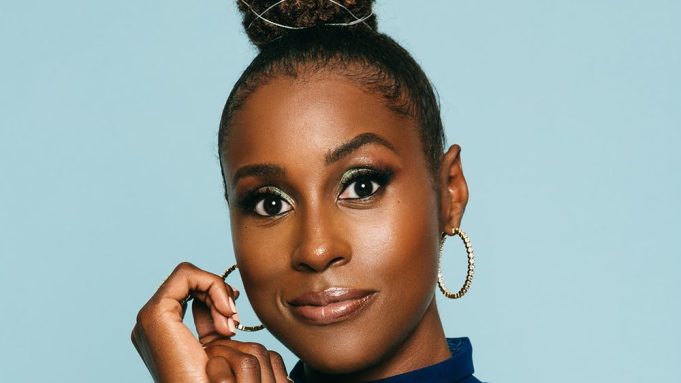 Issa Rae, whose five-season run with HBO’s “Insecure” came to a close with a finale this weekend, has dipped more than a toe into the music business. She’s started her own record label, Raedio, and is producing a new show about aspiring rappers, using her existing career to help launch music ones. But rather than come off as thrilled about branching out into another industry, Rae is making it sound like she’s entered a den of vipers.

Asked if the music biz is “a place where good ideas flourish,” Rae answered: “Absolutely not. It’s probably the worst industry I’ve ever come across,” she told the Los Angeles Times’ Mikael Wood in a Q&A about her personal and professional experiences with music. “I thought Hollywood was crazy,” Rae continued. “The music industry, it has to start all over again. There are lots of conflicts of interest. Archaic mentalities. Villains and criminals! It’s an addiction industry, and I really feel for artists who need to get into it. … It was something shocking” to discover, she said.

ae did not get into her dismay with the music business beyond generalities, but indicated her feelings were based on a combination of her own experiences setting up soundtracks and hearing from artists about what they deal with on a regular basis. “I do not want to be too specific, but even with making our own appointments [for soundtracks] with labels or artists, it would be so intricate. And to find out how artists were treated on other labels … When I myself am a creator and know what I want in relation to a relationship with a production company or a producer, I would like to think that we are more artist-friendly than much of other brands and companies out there. I want to renew things.”

Rae also knocked the Grammys in the interview, and singled out one record in particular she thought had been unfairly snubbed. “What really bums me out — and this aligns with Hollywood — is the way that music is rewarded. When I think about the Grammys and these other systems that are designed to reward artistic creativity and uplift artists, I just feel like, ‘Y’all don’t get it. What are you rewarding?’ This is dumb, but I’ll say it anyway: A song like [Wizkid’s] ‘Essence’  — just absolutely a powerhouse, and yet could not be properly acknowledged by the institution that is supposed to celebrate the best in music — that trips me out. To see Black people and our contributions to music not celebrated in the way they should be — I mean, these aren’t institutions for us.”

Wizkid’s “Essence” was nominated for a Grammy for best global music performance, but not record of the year. Asked about the omission in a recent interview with Billboard, Recording Academy CEO Harvey Mason Jr. said, “It is a great record. He’s a very talented artist. I can’t speak to why it didn’t make it, but I do really love the record.”

Rae had plenty of good words for individual artists in the interview, singling out, naturally, the 2021 successes of Jazmine Sullivan, who recorded a title song for “Insecure” in Season 2 with Bryson Tiller, saying, “She’s just literally pure talent.”  Rae also cited Don Toliver and Cleo Sol as personal musical favorites from this year.

Looking back on the series, Rae said, “We highlighted female singers and rappers in a distinct way when others weren’t — I’m thinking about TT the Artist and Kari Faux in Season 1… That was one of the mandates — L.A. artists, independent artists. Kier (Lehman, the show’s music supervisor) has put me on to so many new artists that I felt get the sound of the show. And then, of course, I do my own digging for people that I love. As a music lover, nothing excites me more than feeling like you’re on to an artist first.

In a separate interview with the newspaper, Rae talked about the HBO Max series she just completed filming, “Rap Sh*t.”  The new series, in which she does not appear on-camera, has the two members of the hip-hop duo City Girls as executive producers.

“It’s set in the indie music world and it’s a completely different world, a very different story of still friendship, but trying to make it an industry that doesn’t see it for you,” Rae told the Times. “So in some ways, there are parallels to my own journey, but the music world is so different and twisted and crazy, as I’m learning myself.”

Rae announced her partnership with Atlantic Records for the Raedio label in October 2019. Initial artists on the roster included TeaMarrr and Yung Baby Tate (who has subsequently shortened her name to Baby Tate and moved to the Warner Records lineup). Raedio’s most recent release, “Insecure: Music From The HBO Original Series, Season 5,” came out Dec. 5. The soundtrack for the final season included a fresh track from TeaMarrr and a new Saweetie single, “Get It Girl,” as well as contributions from Thundercat, They, Nnena, Josh Levi, B.K. Habermehl, Mereba and others.