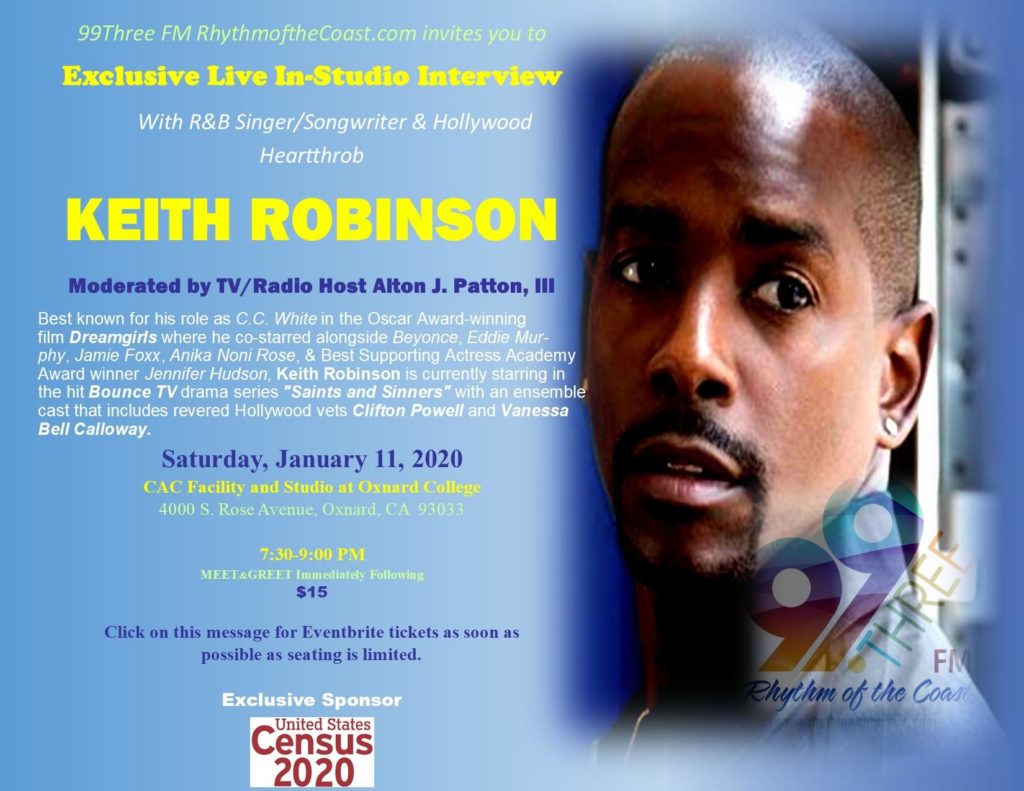 Keith Robinson is ready to pull up and caress the airwaves of 99Three FM for a special rhythmofthecoast.com Premiere of his new single “Love Language“, as well as chop it up about his acting career, and much, much more!