Skip to content
Latest News
63% of Black music makers have experienced racism in UK industry – study
Adele Returns and Reduces the World to Tears With ‘Easy on Me
The growth of Latin music in the U.S. 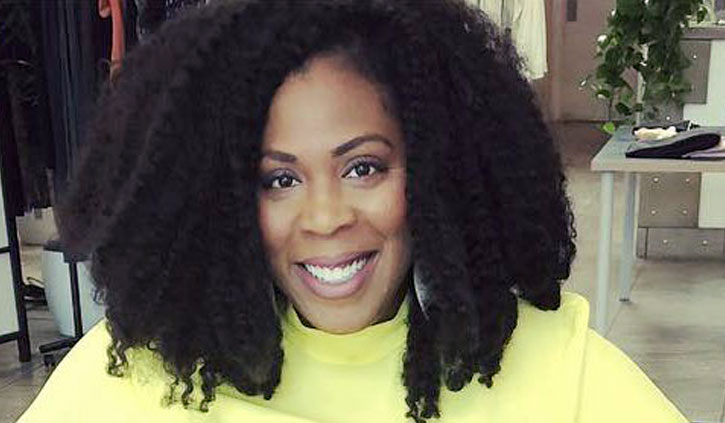 By Jasmyne A. Cannick

Following in President Donald Trump’s footsteps — who does not believe that white men like himself should have to apologize for anything — Los Angeles County Sheriff Jim McDonnell is seemingly adopting the stance that rather than admit a misstep and avoid adding more cracks to an already fractured relationship with the community, he’s not going to apologize and he’s not going to back away from his “alternative facts” — no matter how much L.A. County taxpayers end up paying out to settle yet another (avoidable) lawsuit.

It’s been five months since McDonnell stood before the public and identified 39-year-old Cherie Townsend as a suspect in the May 3 murder of Susan Leeds in the wealthy community of Rolling Hills.

Facing two challengers in the then-upcoming June primary election, McDonnell wasted no time in trouting out the local mayors of Rolling Hills and Palos Verdes as well as family members of Leeds before the news media to quell the anxiety of the wealthy white residents who were grasping their pearls at the news of one of their own found stabbed
with her throat slashed earlier.

Ms. Townsend, a Black single mother of two, was put in jail for five days during which time Sheriff McDonnell used the opportunity to get some free pre-election media coverage by putting on a dog and pony show to announce a suspect had been caught.

But without any physical or circumstantial evidence, Ms. Townsend was eventually released from jail and to this day, has not been charged with any crime connected to Leeds’ murder.

Asked if the announcement had been a mistake, McDonnell said, “No, I thought it was what we needed to do to be able to let the community know where we were on the case. There was a lot of interest in that case, certainly, and a lot of anxiety, and to the degree that we were able to provide some closure, some comfort to that community,
we wanted to do that.”

The murder of Susan Leeds is still unsolved and today Cherie Townsend is dealing with the aftermath of being publicly accused of murder by the sheriff. She lives in seclusion, suffers from post-traumatic stress syndrome (PTSD) and has been on the receiving end of threats and numerous verbal assaults.

Ms. Townsend recently held a news conference with her attorney asking Sheriff McDonnell–who is now facing a historic runoff challenge–to apologize to her in the same public way that he identified her so that she could begin to repair the damage done to her and her family.

So far, the sheriff who says that he helped establish the Civilian Oversight Commission to build systems of accountability as well as the blueprint for LAPD’s community-based policing programs that led to “building strong relationships and communication between law enforcement and the diverse communities within the City of Los Angeles,” has refused to do so.

I believe McDonnell knows Ms. Townsend isn’t the murderer of Leeds–as do my sources within the Sheriff’s Department I’ve spoken to.

It’s been five months. The murder of Susan Leeds didn’t happen in East or South Los Angeles–it happened in one of the wealthiest cities in Los Angeles County. A city where the tax base and whiteness of the residents dictate priority. Had there been any evidence–even evidence they could have fabricated to tie Ms. Townsend to the case–it would have been presented by now to the District Attorney’s office for consideration.

Instead, the man who wants to be re-elected as our sheriff under the guise of his respect for and work in the community is ducking and dodging calls for him to apologize using the excuse that Leeds’ murder is still an open homicide investigation.

It was once said that apologizing does not always mean that you are wrong and the other person is right. It just means that you value your relationship more than your ego.

Sheriff McDonnell is sending a clear message that his ego and his bid for reelection are more important than righting a wrong done to the community. His refusal or inability to lead by example and apologize to Cherie Townsend is a political statement on his values.

Poet Maya Angelou said that “When people show you who they are, believe them.”

At this moment, Sheriff McDonnell is showing L.A. County voters who he really is–and we should believe him and vote for someone new on Election Day.