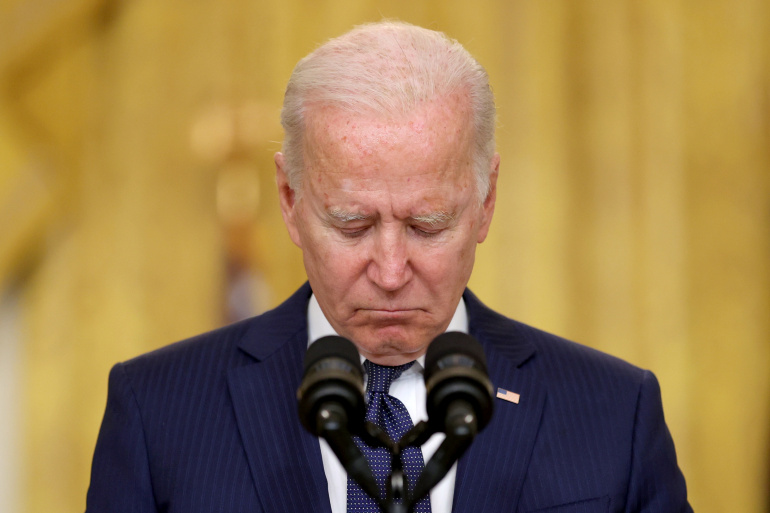 Gen. Kenneth McKenzie Jr., the head of U.S. Central Command, said earlier in the day that one of the explosions was caused by at least one suicide bomber presumed to be working with the Islamic State Khorasan, or ISIS-K, and that more attacks were likely. Biden also said ISIS-K was behind the attack.

A pair of explosions near Hamid Karzai International Airport killed a number of people Thursday afternoon in what the U.S. described as a “complex attack.” The Pentagon said 13 U.S. service members died in the attack and an additional 15 were injured, along with numerous Afghan nationals, in the single deadliest day for American forces in the country since 2011.

An Afghan official told the Associated Press that 60 Afghans were killed and 143 were wounded in the airport blast.

Biden said that he and first lady Jill Biden are “outraged, as well as heartbroken” at the news. He alluded to military parents who might be “feeling you’re being sucked into a black hole in the middle of your chest,” and spoke of his late son, Beau Biden, who served tours in Iraq and Kosovo as an Army officer.