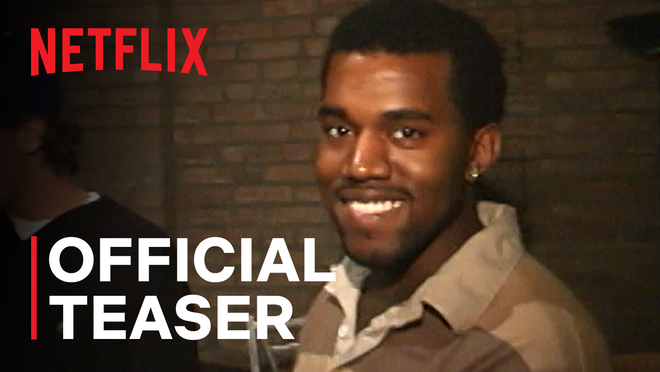 A documentary about the life and career of Kanye West is coming to Netflix. While jeen-yuhs: A Kanye West Trilogy, will premiere on the streaming service on Feb. 16, fans are getting a glimpse of what to expect in a recently released trailer.

The documentary, directed and produced by Clarence “Coodie” Simmons and Chike Ozah along with producer Leah Natasha Thomas, comprises candid video footage shot by Simmons as far back as 2002. Videos show West as he transitioned from being an in-demand music producer for hire to becoming one of the most famous, and polarizing artists in hip-hop history.

In the trailer, West is seen interacting with fellow rapper and frequent co-writer Rhymefest, in the studio with Jay-Z during The Black Album sessions, with Pharrell Williams while recording The College Dropout, to more recent footage of West in the studio recording other music.

jeen-yuhs will be a three-week event on Netflix, which purchased the rights to the documentary for $30 million, as reported by Billboard. Touted as “21 years in the making,” jeen-yuhs will also cover the death of West’s mother, Dr. Donda West, the evolution of his fashion empire, as well as his unsuccessful presidential bid in 2020. Simmons and Ozah have worked extensively with West over the years. They directed West’s debut music video, “Through the Wire” as well as the last of three videos for his single, “Jesus Walks” from his critically acclaimed album The College Dropout.

In addition to their collaborations with West, the duo has also gotten notoriety for directing documentaries for ESPN’s 30 for 30 series, including 2012’s Benji, a film about the life and death of Chicago teen basketball phenom Ben Wilson, and A Kid From Coney Island, a documentary about retired NBA All-Star Stephon Marbury.

Before heading to Netflix, jeen-yuhs will make its virtual world premiere at the Sundance Film Festival this month. The in-person premiere, scheduled to begin in-person screenings on Jan. 20, was canceled due to the uptick of COVID-19 cases.